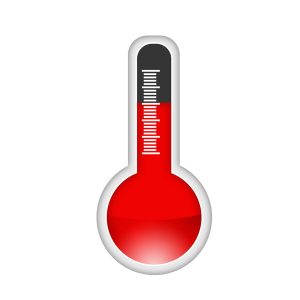 When you read that title, you probably expected to see a list of funny pictures of animals jammed inside air conditioners, or a picture of a truck that accidentally skipped over the curb and crashed through an outdoor condenser unit. Yes, weird things can happen that will cause an air conditioner to fail. You could probably think up some bizarre situations on your won.

But what this post is about is a bit more useful: when we say surprising reasons, we mean surprising to homeowners who aren’t familiar with HVAC equipment. But these problems aren’t surprising to HVAC technicians like us. We see them often. People are rarely aware of what can cause an AC system failure—and it can sneak up on them. So here are few of those surprises you don’t want to run into.

Regular maintenance is important! It’s vital, in fact, because lack of maintenance can mean an air conditioning system that dies years before its manufacturer’s estimated service life. You might be surprised that your AC needs to be replaced after only 6 years when you thought it might go for 12—but this could easily happen if the air conditioner isn’t maintained annually. (Keep in mind that regular maintenance is often necessary in order to keep the warranty valid.)

How can you have too much refrigerant? Isn’t refrigerant the stuff that makes a cooling system, well, cool? Yes and no. Refrigerant is a heat transference fluid that goes through a process of evaporation and condensation that allows it to move heat from inside a home and deposit it outside. This heat exchange is the basic way an AC works. The amount of refrigerant an air conditioner needs to operate is called its charge. If an amateur tries to repair an AC by putting in refrigerant and puts in too much, it can cause the compressor to break down. That’s usually the end of an air conditioner!

Ice on the coils

Air conditioners are designed to operate on hot days—that’s what they’re for, after all. But intense heat can have a negative effect on them just the same. Specifically, heat can cause capacitors to fail. Capacitors send electrical voltage to the motors of the compressor and fans. Heat reduces their ability to hold an electrical charge, and eventually they won’t turn the motors on at all or keep them running. If the compressor stops working, then you won’t have a working air conditioner.

For the Staten Island, NY, air conditioning services you need to stop cooling system trouble, you can rely on us.